The Creation story in the book of Genesis (called Bereshith in Hebrew) contains many levels and it cannot be translated word for word into other languages. All I can do in this blog post is give a glimpse into the deeper meanings of the Hebrew words.

Biblical Hebrew is regarded as sacred. For thousands of years it has differed from its use in everyday speech. Each letter-number is in fact a symbol containing an idea. These symbols are combined in patterns of relationship that carry a depth of meaning beyond the physical.

So the first thing to understand is that the opening chapter of Genesis is not describing the physical universe at all: creation begins as formless principles of life that are here with us, now: Bereshith. These principles take on fluid form – the primal waters of creation, called Maim in Hebrew. Here Maim expresses the idea of water, and the womb-like quality of gestating and making life.

The loss of this knowledge has brought about many mistranslations and misunderstandings.

I am going to focus on verses 26 to 28 of Chapter One, which speak of the creation of Adam and humanities relationship with our fellow creatures. One of the biggest problems – or illusions – that come out of the mistranslations of these verses, is that God is supposed to declare that Adam is to rule, and have dominion over, the fish of the seas and the birds of the heavens, and over all the earth and all that moves on the earth. The rendering of the Hebrew word Radah as to rule or have dominion, is totally misleading. It comes from, and reinforces, the erroneous belief that we have the right to use and abuse our fellow creatures and the Earth itself as if they were nothing more than commodities put there by God for us to exploit.

Such translations are misguided. They contradict verse 22, where every living thing is said to have the creative capacity to bear fruit – to diversify from formless Idea into complex forms. This means that all the creatures that we share life with are creating life in each moment. If you stop for a moment and contemplate this it reveals Presence – the timeless eternal, out of which all life is continually emerging. When we are present we experience this directly. This is communion.

Radah like many Hebrew words has depths of meaning: to walk at the side of, to assist, and to have responsibility. We need to understand it within the context of the universal creativity of life. In this sense, it tells us that humanity has the potential to contain, and express universal, abundant life, with the power to animate it through the whole of existence, from spiritual idea, through diversity of form, into the physical universe. To be truly creative is to engage with an Idea and help to give it form. You are working with life and bringing it into manifestation: the degree of your attention gives the work its quality.

We have a choice – to involve ourselves fully in the creative matrix of life, or cut ourselves off from it. The human illusion is that we are a separate, special creature and from that perspective we seek to control, destroy and manipulate life as we will.

Before we look at a deeper translation of verses 26 to 28, we need to understand that in Hebrew, Adam means Universal humanity, containing both male and female. Universal humanity finds its reflection – that is, comes to know itself  – in the entire circle of life. To “awaken,” to be spiritually conscious, is to enter into living relationship with the whole of life, where we no longer exploit each other or turn our fellow creatures and the Earth into mere commodities.

My translation of Chapter 1:26 of Genesis reads: “And Elohim emanated the making of Universal humanity [Adam] in the likeness, with the ability to become like, Elohim; that they [Humanity] may walk at the side of, to assist with responsibility, all that multiplies in the primal waters, and the winged – soaring creatures of the Heavens, and the walking creatures and all the Eretz [Earth], and all the creepers moving upon the Eretz [Earth].

The verse tells us that the ability to be truly creative is inherent within us; like the Elohim. The next verse emphasizes this point again.

The created – spiritual – Adam, is androgynous: both genders in one being. Adam is your spiritual body containing both male and female. In Hebrew Eve means “the circle of life,” “a circle of tents” or “a sacred circle,” and “the Mother of all things.” Eve is the sacred circle of life in which we come to know ourselves when the feminine is in equal balance with the masculine.

The text 1:28 continues: And the Elohim blessed them and emanated; bear fruit and multiply – in diverse patterns – fill the Eretz [Earth] to shape an inspired dwelling place, and to walk at the side of, to assist with responsibility, all that multiplies in the primal waters, the soaring creatures of the Heavens and all the life moving upon the Eretz [Earth]. Kabash – to shape an inspired dwelling place – is usually translated as “to subdue” which indicates a total lack of understanding of the depths of the Hebrew. 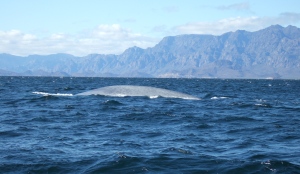 Right now, we are impoverishing the circle of life through our unconscious behaviour and our wilful ignorance. We are doing this because we ourselves have become so impoverished. Cut off spiritually, psychologically, and physically from the abundance of life within us and around us, we have become a destructive force. The unconscious human mind generates psychological pollution, a madness which we are acting out in destructive ways on the earth – to such an extent that we threaten to destroy much of the web of life.

This is entirely contrary to the mystical teachings given within the creation story Bereshith – that we should fully realize our own potential and know ourselves within the circle of abundant life. As we raise our level of conscious awareness, and enter fully into life, we co-operate; we join with the whole of life in all its forms. We become co-creators with our fellow creatures and with Elohim – Divine Being.